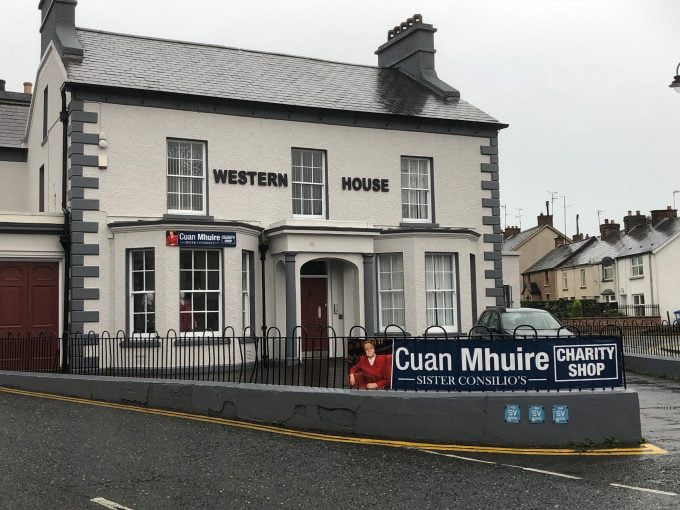 Established in 1966 by Sister Consilio Fitzgerald, the organisation delivers critical support and treatment for all kinds of addiction. The charity offers a comprehensive, structured, abstinence-based residential programme to individuals suffering from harmful dependencies and has grown from strength to strength over a period of over 40 years.

We’re delighted to play our own small role in supporting this charity, and now we’re calling on local businesses throughout Coalisland and surrounding areas to get involved. Here’s just a few ways that you can lend your support:

On behalf of all the team at Western, we’re inviting businesses and organisations in Coalisland and surrounding areas to do what they can to support Sister Consilio’s Cuan Mhuire Centre.

Visit the website to find out more about their pioneering work 👉https://bit.ly/3SIh78I