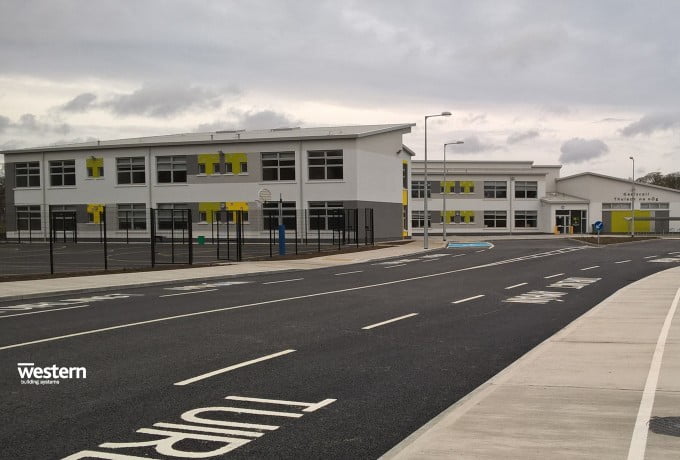 It’s been a busy couple of months in Western with completion and handover of two new build schools worth a combined £8 million.

Scoil Chaitlin Maude in Killnardan, Tallaght was completed and handed over in April and provided the local community with a new 16 classroom school and General Purpose Hall. The school was also provided with two new ball courts, and car parking. The school was completed as part of the Rapid Build Schools Delivery 2015 Framework.

In Dunboyne, Western also recently handed over Gaelscoil Thulach na nÓg in Dunboyne, Co. Meath, a project completed as part of the Rapid Build Schools Framework. This 16 classroom school was built as part of a four phase programme that included the provision of new temporary classrooms for the school while work was underway.